Royal Caribbean International, one of the best cruise line for a cruise with kids

Royal Caribbean International, one of the best cruise line for a cruise with kids 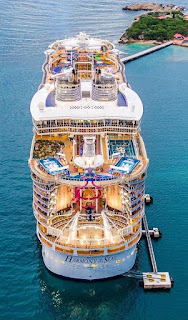 These ships, Royal Caribbean's largest, are ideal for families with kids of all ages, as well as multigenerational family groups. The Oasis-class ships have an impressive selection of family-friendly activities and entertainment -- four fantastic pools, 10 hot tubs, a 3D theatre, rock climbing walls, ice skating rink, two FlowRider surf simulators, and a zipline -- and an array of family cabins to accommodate groups of varying sizes. And did we mention the ships' indoor promenades, which feature all manner of parades and special events? Anthem of the Seas takes it up a notch with SeaPlex (featuring bumper cars, roller skating, video games and more), the first skydiving attraction at sea and the North Star, a London Eye-Esque ride that takes passengers in a glass capsule 300 feet above the ocean.

Southampton-based Independence of the Seas, a Freedom-class ship, though older than its Oasis and Quantum cousins, is no slouch in the kids' department either, with most of the aft of the ship on Deck 12 given over to kids and teens. The ship caters for babies from six months in its Royal Babies and Tots Nursery, right up to teens in its Fuel nightclub and Living Room, via all ages in between in dedicated rooms, filled with natural light and age-appropriate toys.

A sizable amount of space is dedicated to the kids' clubs on all of these ships, and the club leaders are some of the friendliest and most engaging in the business. Parents and grandparents can enjoy adults-only solariums and a plethora of dining and evening entertainment options. With nursery care, after-hours fun in the kids' clubs and in-cabin babysitting, adults can enjoy grown-up time in the evenings while kids play or sleep. (Voyager-class ships are also great choices for families.)

Royal Caribbean divides young sailors into Aquanauts (ages three to five), Explorers (six to eight) and Voyagers (nine to 11). Children aged 12 to 14 can take part in "open mic" karaoke contests and rock wall challenges, while members of the oldest group (15 to 17) have their own toga parties and sports competitions. Both tweens and teens have access to a separate teen lounge, where they can come and go as they like. The Royal Tots and Royal Babies programs provide interactive classes and activities (when children are accompanied by a parent) for children from six months to 36 months old, as well as drop-off babysitting services. In-cabin babysitting is available for children who are at least one-year-old.

Royal Caribbean's kid's clubs are among the largest dedicated facilities in cruising. The children's section on Oasis-class ships covers more than 28,700 square feet and is the largest of its kind. There's a toddlers-only splash pool, an arts and crafts workshop, a video arcade and computer stations. Oasis-class and Quantum-class ships also have a theatre and Science Lab, and teens will love the Fuel teen club and the Living Room, a cafe-style hangout.

Plenty of family staterooms and loft suites mean room for the family to spread out. There's even a Royal Family cabin that sleeps eight. The spa offers special treatments for teens. More than two dozen dining options, including casual eateries like a hot dog and New York-style pizza joints, as well as a variety of upmarket specialty restaurants, which means no taste is overlooked. Johnny Rockets, the 1950s-style diner, is always a kid magnet (and parents think it's pretty cool, too). Anthem of the Seas features an enormous family-friendly SeaPlex with bumper cars, roller skating, a circus school, foosball, and video games.

Excellent Broadway-style shows in the evenings will keep the older crowd engaged, while the DreamWorks experience offers character breakfasts, parades and meet-and-greets with Shrek and the Kung Fu Panda for little ones. There's even a DJ Academy for teens. 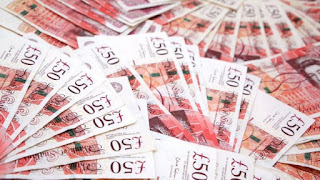